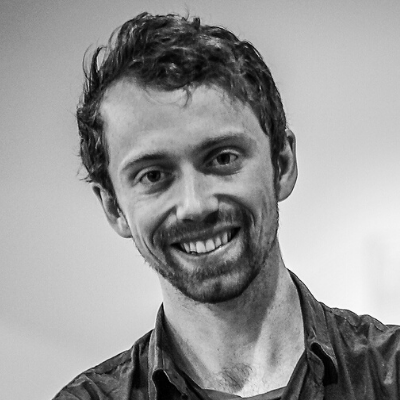 “The construction of our first commercial plant in Thailand is coming along nicely and the whole thing should be operational sometime next year.”

Spiber, a Japan-based biomaterials company, is currently developing the next generation of protein materials for industry and consumer products. At the moment, it is working on advancing apparel and automotive applications based on its engineered spider silk.

David Lips (DL): Spiber was started around 12 years ago in a place called Tsuruoka in rural Japan. It’s literally mountains, rice fields, and one high-tech science campus facilitated by Keio University, where the founders of Spiber were doing their PhD at the time. One of them managed to produce a tiny amount of recombinant spider silk protein using a genetically-engineered microbe, and was naive enough to believe that recombinant structural proteins could become cornerstone materials for society. Twelve years later, and here we are – having sold brewed t-shirts and jackets, working on a variety of textile and non-textile applications, and building a giant fermentation factory in Thailand to scale up production!

LG: What were you doing before you took up this role?

DL: I was wrapping up my research and studies in Amsterdam. I originally come from a bioinformatics and systems biology background, but at some point I heard about the iGEM competition (an international synthetic biology competition where student teams develop synthetic-biology based solutions for a wide variety of situations) and knew that I had to set up a team and get involved with the synthetic biology field. We worked on cyanobacteria and E. coli co-cultures for the production of industrial chemicals from CO2 and sunlight, so I suppose I got an early start glimpse of the world of sustainable manufacturing. Subsequently, I spent a year at Pam Silver’s lab at Harvard, an incredibly exciting place for synthetic biology with lots of crazy ideas being pursued. After I finished my research, I wanted to see what it took to turn ideas like the ones I’d been working on into commercial reality. Next thing I know, I’m on a plane to rural Japan to join Spiber.

LG: What advice would you give to somebody looking to get involved in this sector?

DL: Well, that depends very much on the individual in question. But if I had to try to give some general advice, I’d say it’s all about identifying your skill set and finding (or creating) an organisation that is working on a mission that you care deeply about and where you can add value. If your skills are technical in nature, great – there is a tremendous amount of strains to be engineered, materials to be created, software to be written, downstream processes to be set up and optimised, industrial plants to be created, and so on. This is not easy work, but it’s a good kind of challenge and tremendously important.

Besides technical matters, the things we’re creating require new stories to be told to consumers, regulators, and the world at large; they require large groups of people with different backgrounds to work together efficiently and smoothly over long periods of time. Streams of money also need to be accounted for, managed correctly, projected accordingly, and so on. All this goes to say, whatever your background, there is probably some way to direct what you’re good at to the endeavours this industry is engaged in.

Even if you’re coming from completely outside this field and only have the vaguest notion of what’s going on, there’s a great deal of extremely useful online resources. Think intro to synthetic biology courses from MIT on Coursera [a US online learning platform], industrial biotech courses, and so on. Back in the day I spent a few months hanging out at the open DIY wet-lab in Amsterdam. It’s a place where anyone can come and do experiments in whatever direction their curiosity drives them, and I learned a bunch from just talking to people there and working on small projects. It’s really a great time to get involved in the industry.

LG: What is Spiber doing next?

DL: We’re in the midst of scaling up our production to commercial level so we can really make structural proteins available to a wider public at a price point that makes sense. The construction of our first commercial plant in Thailand is coming along nicely and the whole thing should be operational sometime next year. That’s when the fun is going to start.

DL: We released 50 Moon Parka’s (see featured image above) with North Face Japan (@thenorthface) last year. These are outdoor jackets made with our protein material. I’ve tried it on a bunch of times, and it’s amazing. It’s not widely available yet though, so I suppose it doesn’t really count. In that case, hmm…well there are some really amazing second-hand shops in Japan where I go whenever I need souvenirs for family back home (think Samurai helmets and traditional folding fans), winter gear, or electronics. It’s hard to beat complete recycling when it comes to sustainability. Besides that, I love Loaded’s longboards with their emphasis on sustainably-sourced materials, and Dr. Bronner’s (@DrBronner) soap is phenomenal as well and my go-to shower soap. All that being said, as a Dutch person, I must honour my mobility heritage and will choose the quintessential carbon-free commute: the bicycle.