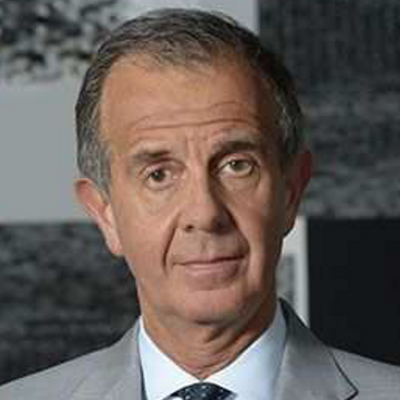 Though he holds a degree in chemical engineering, from Politecnico of Milano, his first
business activity was in sport, as a ski instructor at the ski school he founded, in his
hometown alpine village.

His experience as a Chemical Process Engineer was short but significant, in an Italian
/ US J/V, designing and selling turnkey Caustic / Chlorine chemical plants, all over the
world.

His 25 years’ experience in fibers started with an oversea assignment, which lasted
four years, as General Manager of a Natural Rubber Thread Company, based in
Malaysia.

In view of his international experience, he was also asked to manage the set up and
the start-up of the Aquafil Carpet Yarn Division operations in Asia, where a
yarn finishing plant was started in 2006 (Thailand) and a large manufacturing
investment was started in 2011 (China)

Fabrizio also has the responsibility of the ECONYL® REGENERATION SYSTEM
technology.

All Sessions by Fabrizio Calenti