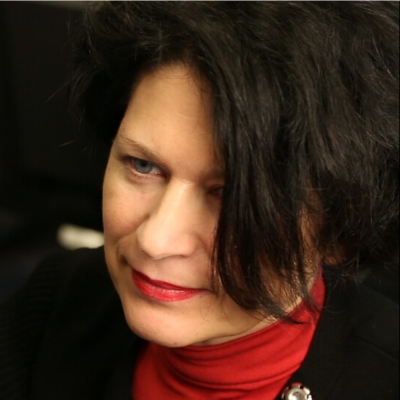 Dr hab. Joanna Hoffmann is professor of the University of Arts in Poznan, and leader of the Studio for Transdisciplinary Projects & Research AE/UAP. She is also co-founder and Chair of the Art & Science Node in Berlin and Club for Science & Art in Poznan. As an artist she has participated in prestigious festivals and events around the world. Aside from participating in numerous international conferences as and invited speaker, she has been an artist and scholar in residence at renowned institutions, including Eilslabs/DKFZ /Heidelberg University, the Academy of Film and Television in Potsdam-Babelsberg, the CEMA/Srishti College & NCBS National Centre of Biological Science, Bangalore; KHOJ & ICGEB International Centre for Genetic Engineering and Biotechnology New Delhi. She closely collaborates with KNOW Polish Leading Centre for RNA Research. Fellow of the Polish Minister of Culture, she has been awarded three times the artistic stipend of the Polish Minister of Culture. She is the winner the 1st prize in the Polish contest organized by Europlanet and Polish Academy of Sciences in 2007.

All Sessions by Joanna Hoffmann